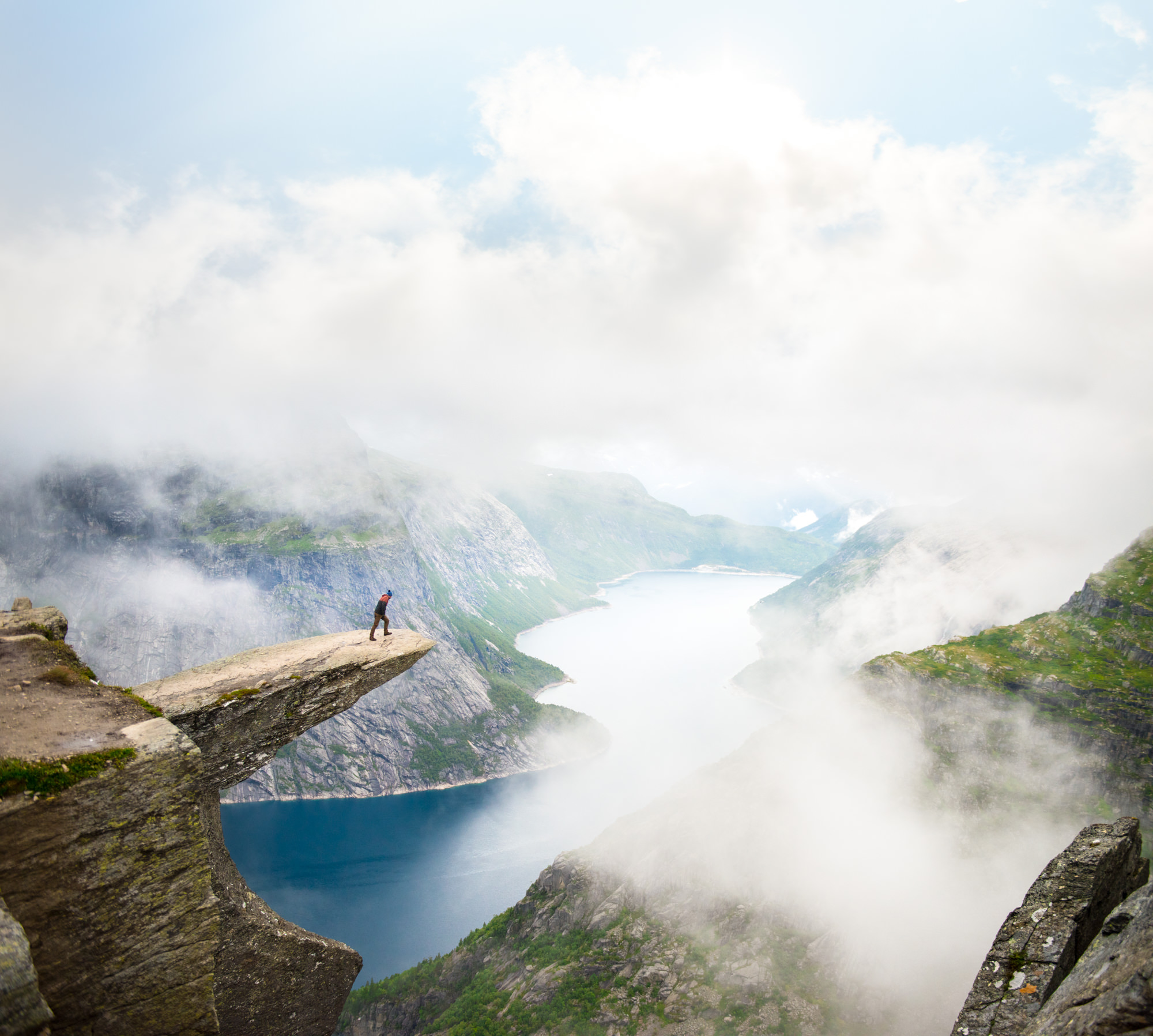 Standing atop a thin spit of rock jutting out from a cliff edge over 700 metres above the valley below, my legs shake as I peer over the edge. Clouds form around me and then blow past and I catch glimpses of the giant fjord. I’m standing on Trolltunga (literally meaning ‘Troll’s tongue’ in Norwegian), the view before me is staggeringly beautiful. Trolltunga has become the quintessential Norwegian Fjord experience. Before 2010 less than 800 people a year would make the trip, last year there were over 80,000 visitors! This is due in large part to the power of social media and the striking image that people pose for on top of the rock. It’s a gruelling hike up, over 10 hours round trip but worth every step and every bead of sweat. We decided to make the hike in the afternoon and camp up on top of the mountain. It meant we didn’t have to share the view with many people. Most people make the round trip in a day, to save carrying camping gear that far. When we returned the next morning on our way back down, we could see we had made a very good decision. A few hundred people were queuing to have their moment on the famous monolith; we were later told people waited over 3 hours!

Information on the Trolltunga hike –

I wish I had known some of this before I started the hike, so here’s some information and tips on doing it.

I hope that helps! If you have any questions, feel free to shoot me an email and I’ll do my best to answer. Here’s a few more shots from the top: 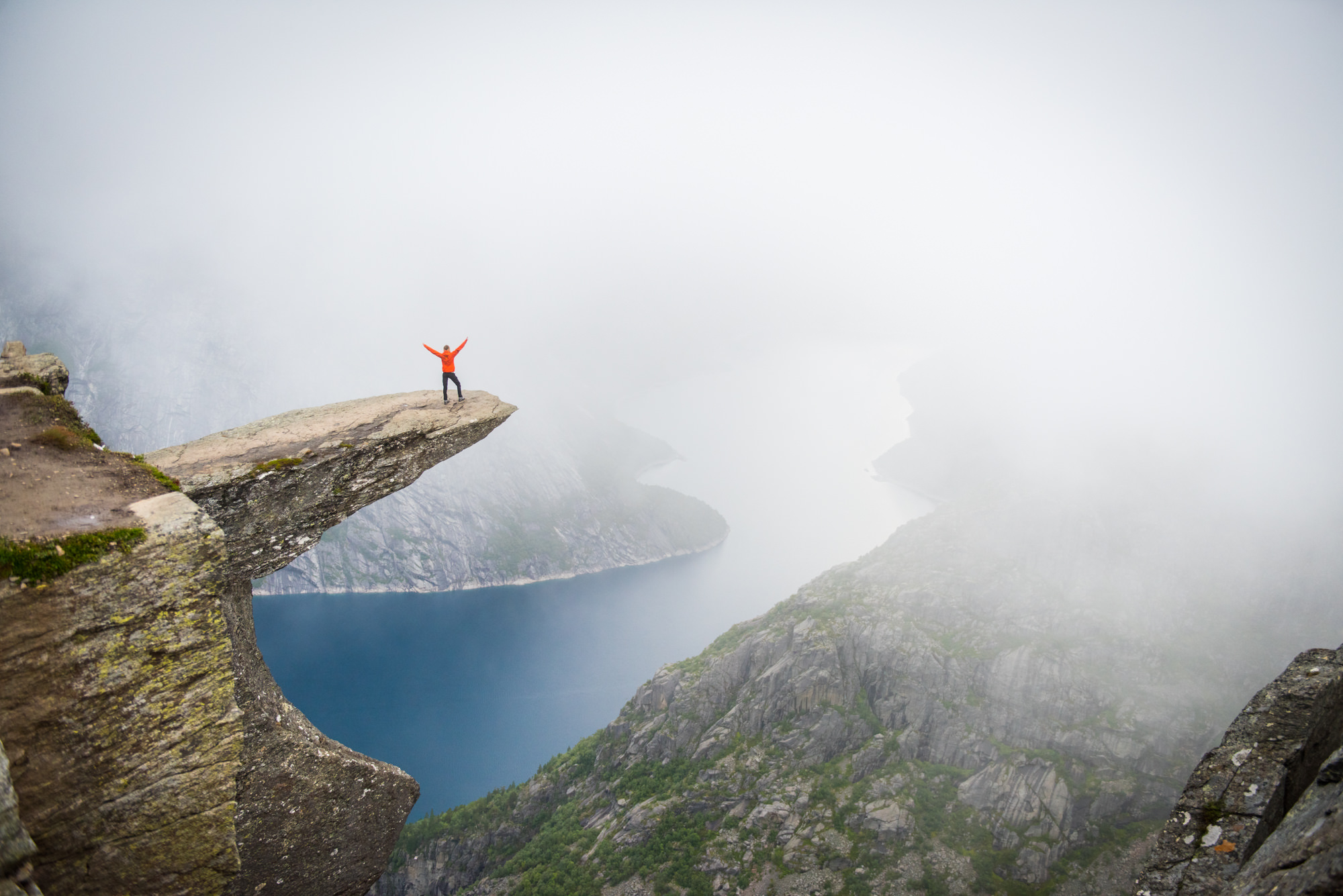 If you walk past Trolltunga and carry on the hike towards the hut, there are some really surreal landscapes. We were trekking at dusk and I felt like I was on another planet – 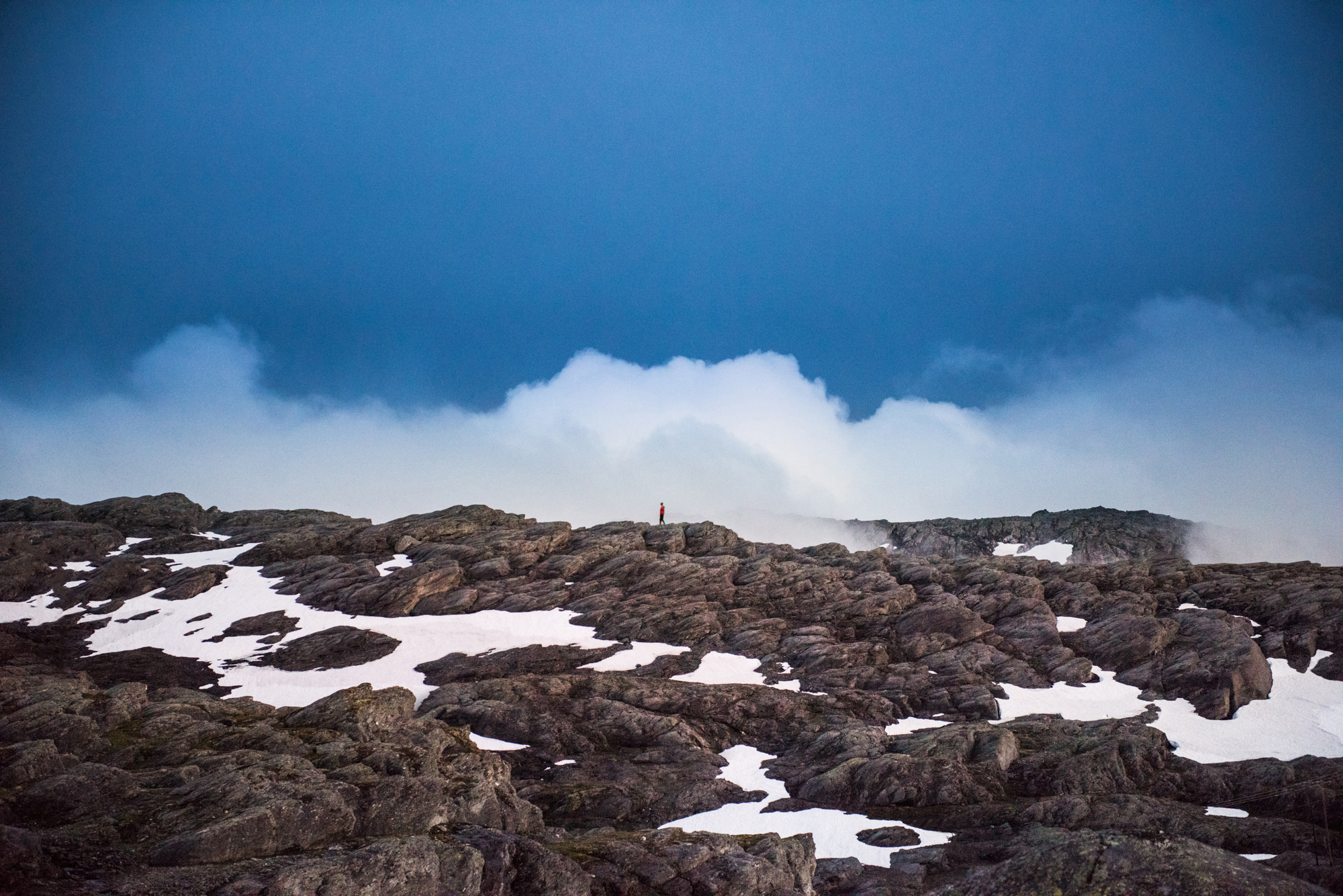 Although Trolltunga may be the quintessential experience, there are dozens of jaw dropping viewpoints around the fjords. In fact, almost every corner of the area is photogenic. Lush green fields and meadows lead to giant stretches of water towered over by huge steep cliffs. These fjords were carved by giant glaciers millions of years ago. The small towns and fishing villages are just as beautiful. One of my favourite treks was to Preikestolen (meaning Pulpit Rock); this one was a bit easier on the legs too. It’s a 3 – 4 hour hike there and back and there are great views all the way. It is as popular as Trolltunga but there’s much more room on the top for everyone to see and the view is easily as impressive. 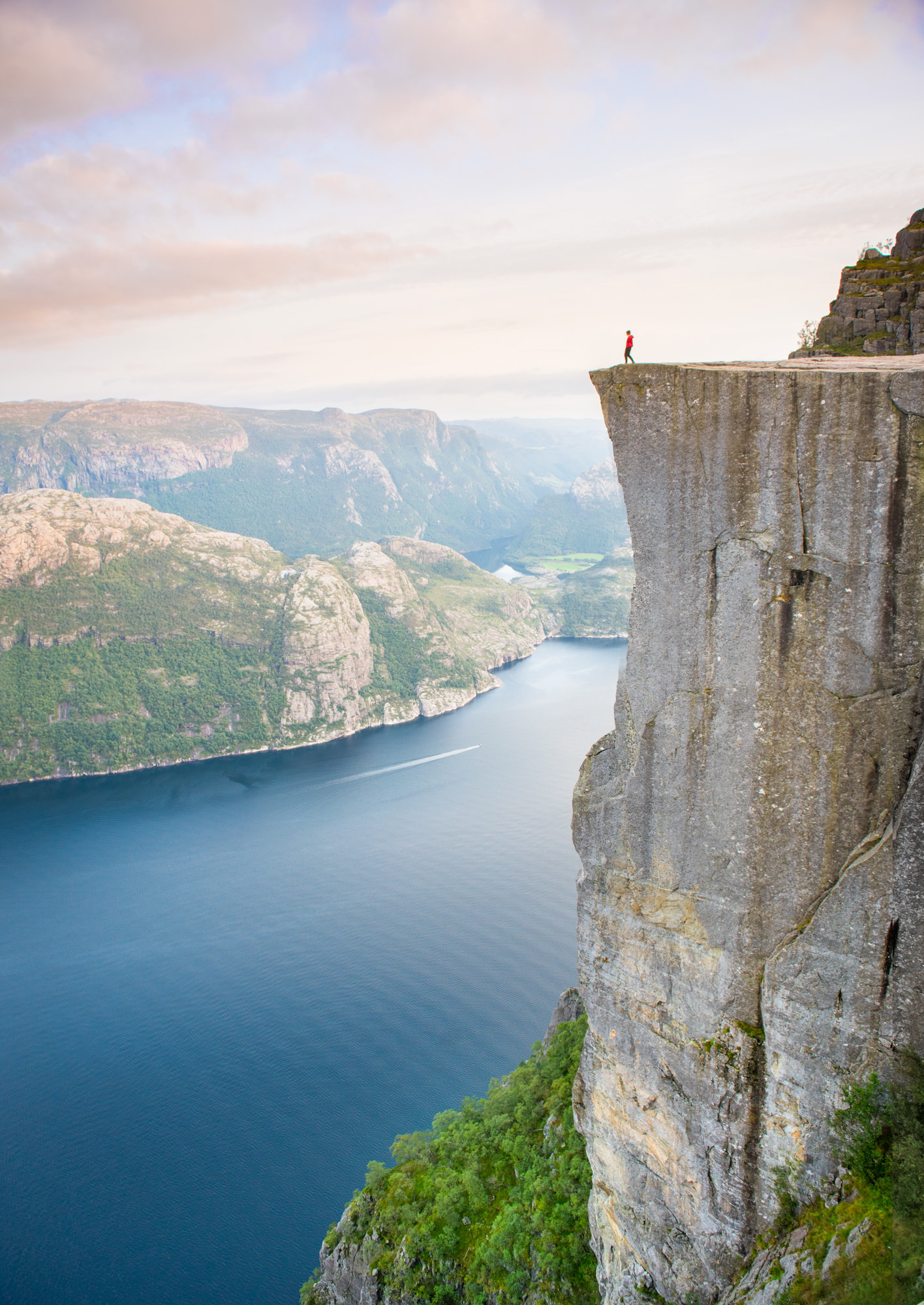 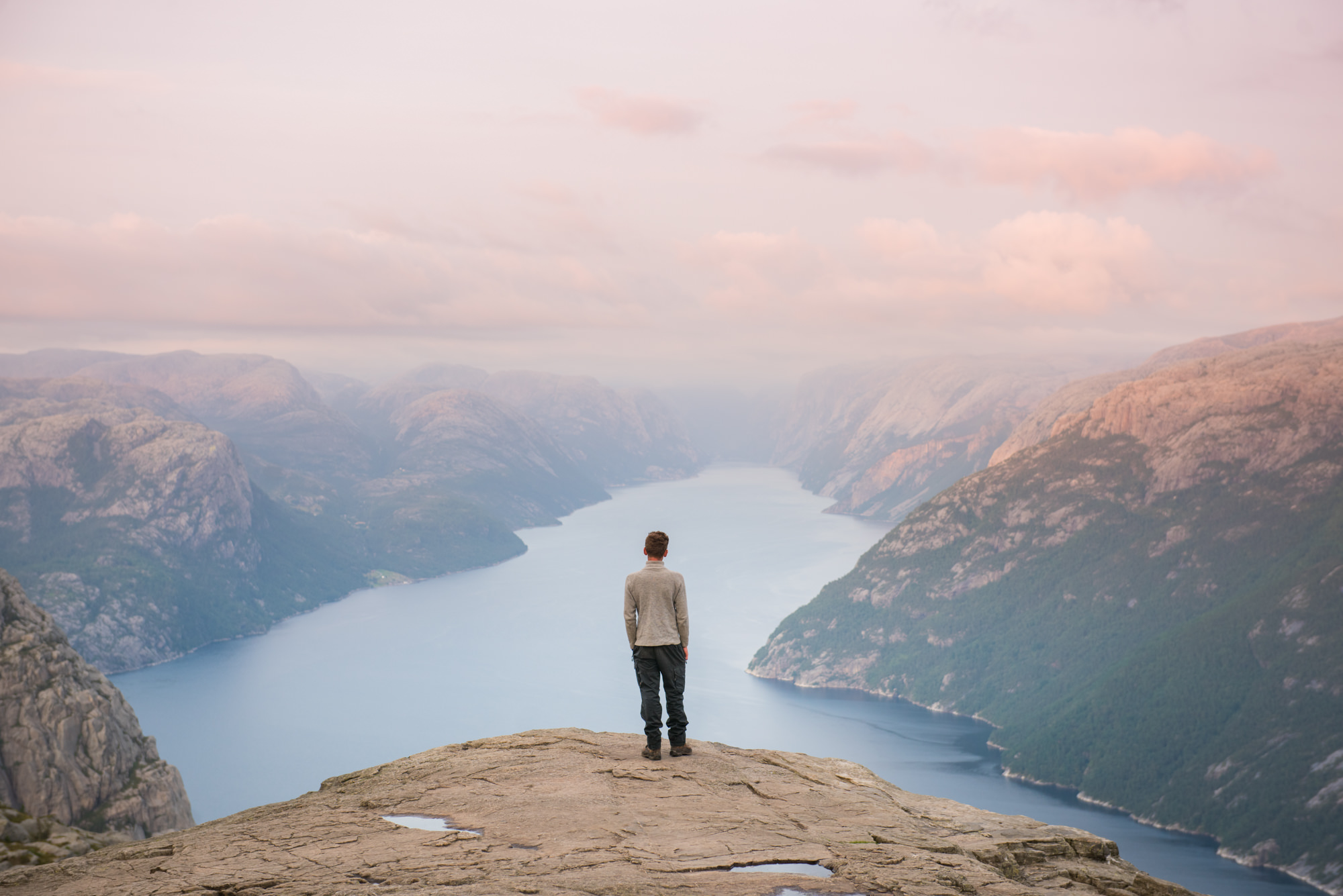 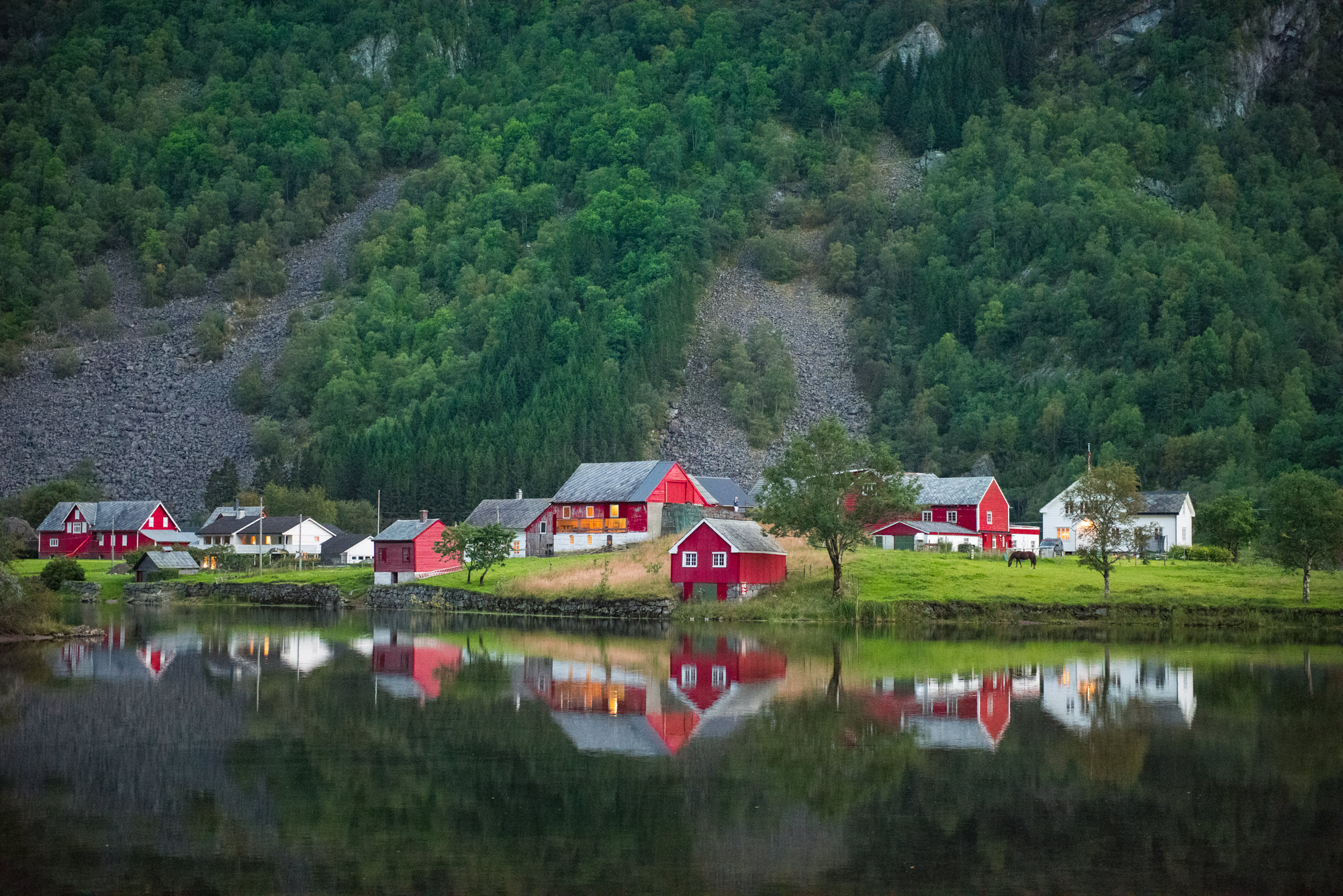 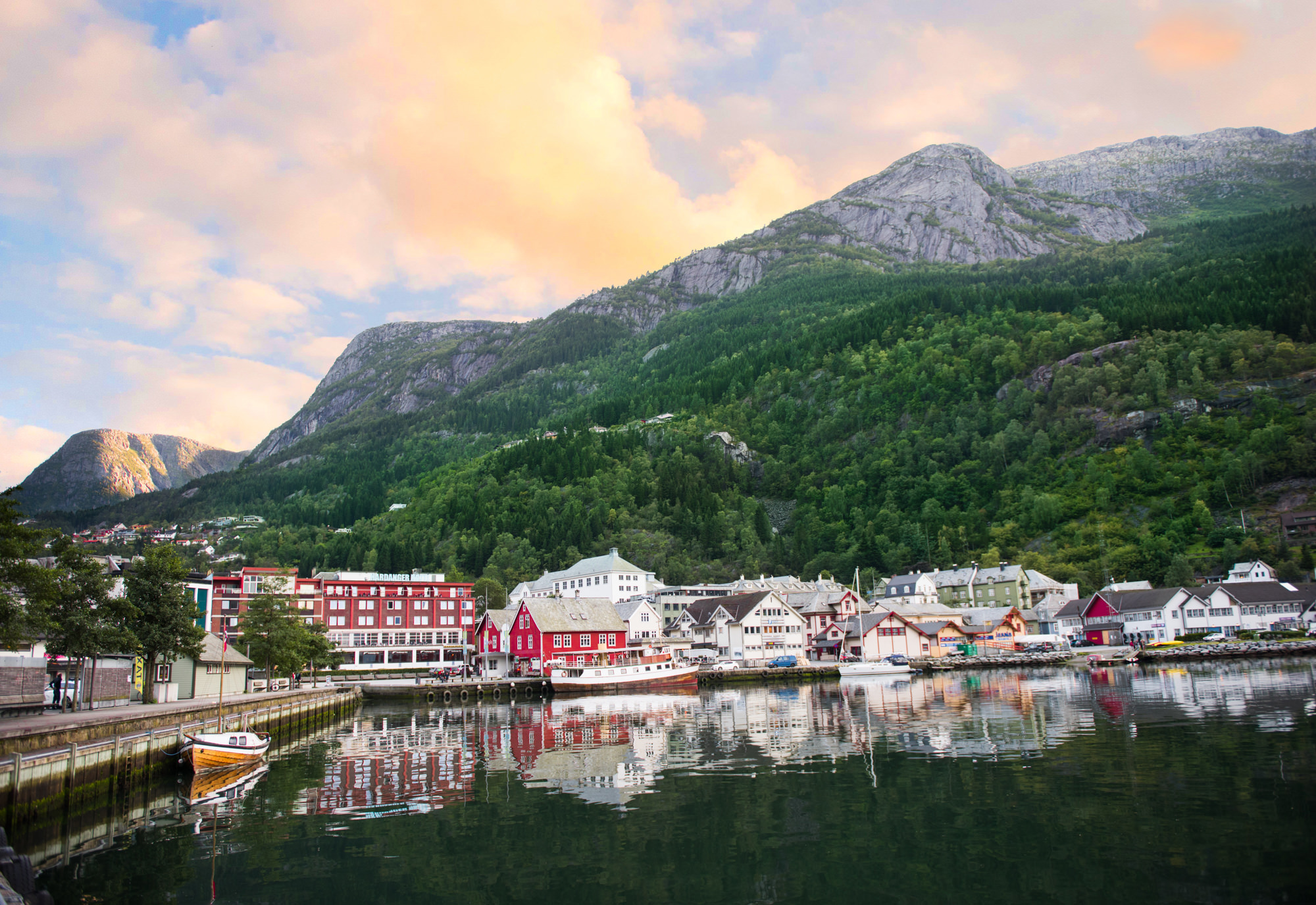 There are so many places to visit though, you can go back again and again and always see somewhere new. Wherever you visit on the Norwegian coast, you certainly won’t be disappointed.

The most photographic spots in New Zealand’s South Island